Are Distributed Teams the new Cloud for Startups? 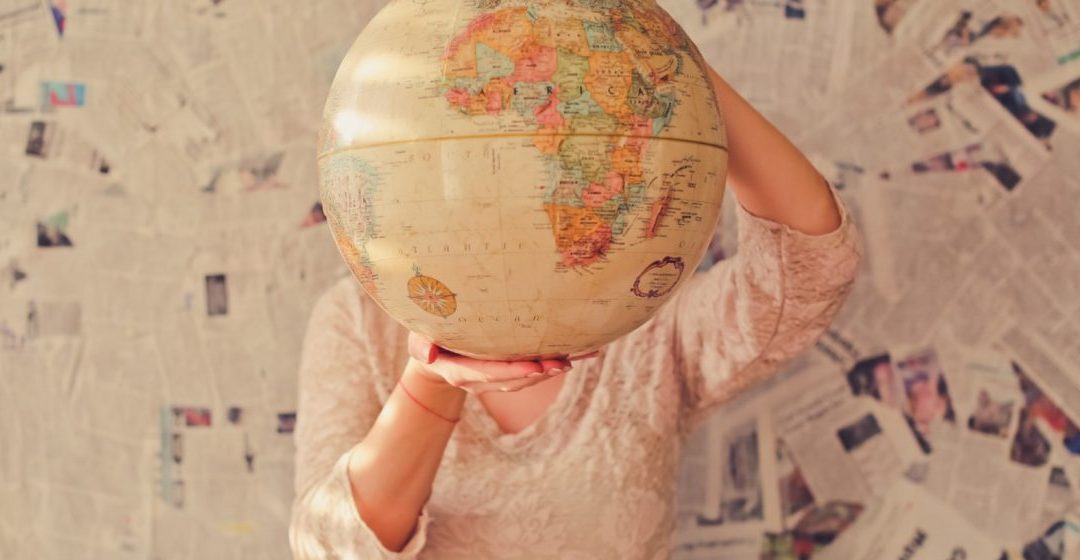 We have seen a marked increase in the number of startups being built outside traditional technology hubs such as Silicon Valley. We’ve also experienced firsthand how startups are building seamlessly distributed teams spread across many geographies. The conventional wisdom has been that it is a significant inhibitor for a startup to have team members based out of multiple geographies or fully distributed. Many mainstream venture investors have historically been loathing to invest in such companies. And this has been for a good set of reasons.

We posit that it is time to change these beliefs. We’ve reached a tipping point where the advantages of building a distributed team can offset the inherent challenges. Further, the ability to execute rapidly with a distributed or remote team can provide a startup with significant competitive advantages over those limited to one region.

We are beginning to see breakout examples of this trend. InVision has built out a billion-dollar business with 700 employees and zero offices. Popular, high-growth SaaS products such as Automattic, Buffer and Gitlab have been built by engineers spread across many cities. Companies such as Atlassian, Freshworks, and Algolia (originated from Australia, India, and Europe respectively) have leveraged remote offices since their early days and are now prominent in their respective market segments globally. With skyrocketing costs and high employee turnover in the SF Bay Area, we are seeing many startups from here open offices in more stable locations with tech talent availability. At Emergent Ventures, we meet multiple early-stage startups with distributed or remote teams every week and have invested in several of them.

Just as the Cloud had a proverbial 10X multiplier effect on the technology ecosystem by exponentially reducing startup costs, we believe that distributed teams — by removing the location barrier to team growth — are the next game-changer for the startup world. When done right, distributed teams can be faster to set up and scale can cost less to run and can be more resilient and available. Distributed teams are also a great way to overcome regional talent barriers and immigration constraints.

Distributed teams are not for every startup — at least not yet. And there are certainly some fundamental challenges that only a few have demonstrated they can master. Shaping the culture of a startup in its early days can be an order of magnitude harder with a distributed team. Team communication can be a challenge in the absence of nonverbal cues. Some have found that distributed teams may not be able to move as fast as a dozen early startup employees cranking away, ‘locked’ for days in the proverbial Silicon Valley garage. Motivation and morale can be hard to sustain in a virtual environment. Training and onboarding acquire a new set of challenges. Some functions can be harder to execute well in a fully distributed structure, e.g. creative pursuits that rely on brainstorming and serendipity. And for teams spread across the globe, conference calls and other synchronous communication may be limited to a few inconvenient hours of the day.

Over the years, we have observed several practices shared by successful distributed teams that help them overcome the inherent challenges of the model. This can be the topic of an entire book (or at least a blog post of its own), however, here are some of the big ones:

Once a startup has the distributed team engine going, it can optimize the location of each hire for:

There isn’t a generally accepted definition of a “distributed team”. For instance, if two out of a team of ten people are based in different locations, then it would likely be seen as a core local team with some remote members. When does a team go from being a core+remote to distributed? Our opinion is that if the ratio of remote members to total team size is greater than a third then it begins to have the dynamics of a distributed team. We include teams with two or more offices or locations in our definition of distributed teams.

Based on our observation and study of distributed teams, we classify them into a few different structures and models. We have not come across widely accepted nomenclature describing these models and will take the creative license to suggest names for them as we reflect on the key dynamics for these models. Distributed team setups that we see most frequently include:

Hub and Spoke model: In the Hub and Spoke model, there is a clear core or headquarter location, which often houses some of the leadership. There are one or more “satellite” locations with team members focused on specific functions or needs, e.g. software development, data wrangling or inside sales.

This structure has been used by larger corporations for a long time. It is now increasingly used by early-stage startups to build product away from the noisy and expensive tech hubs. Some startups use this model to tap into specific competency areas, such as Montreal for AI or Pittsburgh for Autonomous Vehicles. This model is also seen where startups with a high-touch field sales model add regional sales offices to be closer to the critical mass of customers. Our own decision of making Xpand a bi-coastal team early on was driven by the decision to be close to our two core customer segments — financial services and technology.

Reverse Offshore model: This is an important variant of the Hub and Spoke model, and has the team focussed around two core geographies. The primary location is often focused on building the product and its delivery/operations, while the other is focused on selling the product.

The genesis of the traditional offshore model was with larger corporations offshoring certain functions, primarily as a cost-saving measure. In that format, the core team is close to the customer base, and parts of product development seen as non-core are often offshored.

Many startups are now reversing the traditional offshore model, where they start in a location suitable for building a high-quality product, but not in close proximity to the target customer base. These startups then establish a go-to-market team in their target market. Israeli enterprise software and security startups pioneered this model over the past couple of decades. We are now seeing high-quality B2B software companies emerge out of India, Europe and elsewhere. Freshdesk and Criteo are examples of this model, where they ‘offshored’ part of their go-to-market teams to the US after building product elsewhere.

Polygon model: In this model, a startup begins with a central seeding location. Over time, it expands to other locations that are equally important, with no clearly defined headquarter. Each of these locations is ‘full-stack’, has a cross-section of important functions, and is relatively self-sufficient.

Amazon’s recently announced move to a three headquarter format (Seattle + New York City + Arlington) aligns with this model. Atlassian is another example where the founding vertex was Sydney, and other equally important vertices were developed in SF and Ireland. This model can work well with a configuration where different businesses or product lines are managed out of different offices. We believe this model is better suited to growth-stage startups and large corporations. Early-stage startups benefit from a clearly identified central node that can drive decisions and agility.

Truly Distributed model (“Beans” model): In this model, team members are spread across cities and countries. Often there is no formal office at all. The number of locations such a startup has members in could approach the number of its team members. The emergence of this model is the culmination of extensive usage of seamless collaboration tools and maturation of remote hiring/management practices.

Buffer is an example of this model, where a team of 79 members is dispersed across 50+ locations. Locations are not organized by strategic competency and team members contribute from wherever they want to work.

In recent years, we’ve been seeing a surge of startups with this model. Many successful fully distributed startups we’ve seen are focused on consumers, developers or SMBs as customers. Those focused on larger Enterprise customers and/or with a complex technology core have so far been underrepresented here. But this may change as the distributed team model becomes more mainstream and remote collaboration tools evolve further.

This model is not easy to pull off. But those who are able to get this right in the early days of a startup have a significant competitive advantage in our opinion. We expect to see many more successful startups emerge with this model, especially in combination with the Hub and Spoke model. One format we are seeing frequently has a small central leadership team based in San Francisco or Silicon Valley, with the rest of the team working remotely from anywhere in the world.

As you may have already concluded, each distributed team setup has its own benefits and shortcomings. Different structures lend themselves well to different evolution points in a team/startup’s trajectory. As you think about your team’s structure, evaluate how it aligns with your company’s competitive advantages, focus segment, and customer base. Key factors to consider are around optimizing cost structure, attracting and retaining the right type of talent, taking advantage of certain tax benefits, developing proximity to customers, and access to future financing, strategic partners and potential acquirers. The distributed team model brings its own challenges, but there are known strategies and tactics around team building, conflict resolution, creative co-development, and driving goal alignment for the different types of distributed teams. We hope to cover some of these areas in future posts.

We welcome your feedback and look forward to learning about your experiences of building distributed teams.

Deb Bardhan is an entrepreneur and early stage investor based in Silicon Valley. He is the co-founder and CEO of Xpand, an enterprise SaaS startup, tackling the problem of employee onboarding with customers like Allianz, ING, Tata. He’s also an Entrepreneur-In-Residence at Pre-Hype and co-founder and board member of the Wharton Alumni Angels. He can be reached via LinkedIn.

Anupam Rastogi is a venture capital investor and advisor based in the San Francisco Bay Area. He has been associated with over two dozen startups and growth-stage companies from around the globe. Anupam focuses on SaaS, AI and Smart Mobility investments at Emergent Ventures. He can be reached via Linkedin or Twitter

We want to hear from you!